Sophie the Giraffe was a favorite with babies 50 years ago but is still hip and trendy today. 40 million babies have already grown up with Sophie! Once upon a time, a very common story ... The little giraffe was born on May 25 v ...
Sold out 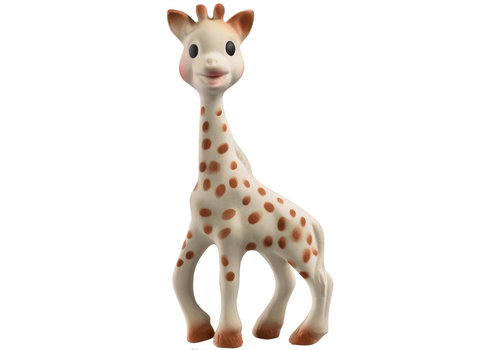 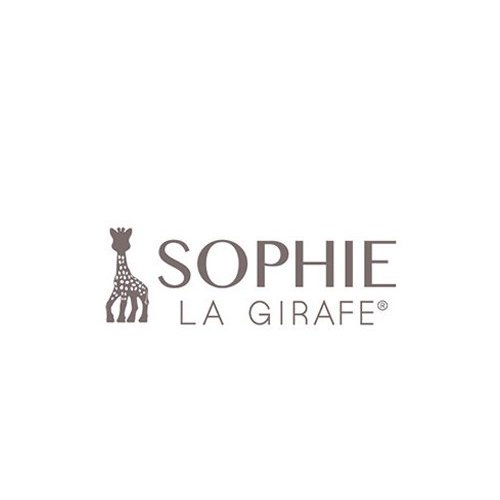 Once upon a time, a very common story ...

The little giraffe was born on May 25 of the year 1961 ... the name day of Saint Sophie! At the time, only toy bugs were made that were domestic or farm animals ... that's why one day in France, a certain Mr. Rampel came up with the concept of rotomoulding rubber for the manufacture of toys. So he got the idea to make a giraffe, a newcomer to the market with its exotic appearance and whose size and shape were ideal for baby grasping reflexes.

The design of the mold, its manufacture and the finishing were entrusted to Mr. Brault, the workshop manager. The production of Sophie the Giraffe, as it still happens today, started on Thursday, May 25, hence the name. This was an immediate success. Young mothers immediately recognized the absolute "must" among toys for their child. Thanks to Sophie the Giraffe, baby no longer cried when the first teeth came through! The word of mouth that followed, the little giraffe really owes its popularity. From that date, generations of children all over Europe began to admire and recognize the peeping sound when they press the giraffe's belly or head!

Based in Rumilly in the Haute-Savoie region, VULLI carefully keeps the factory secret of this famous toy. Today, Sophie the Giraffe is still made "by hand" as it takes more than 14 manual actions to make this toy. Sophie de Giraffe's composition based on rubber from the hevea tree is 100% natural.