…When Miss Hollie realized she was an Ocean Kid she didn’t understand her role at all. She was young and she would spend all her time wandering around slowly in the company of her best friends in the whole world – the animals. She didn’t realize until much later that the animals considered her to be their leader as she was the only one who could talk to them, and they to her.
The Poster measure 18 x 24 cm and is printed on 170 g Munken Polar Rough matte paper to maintain the nice feel of the original in watercolor. Limited edition, when it's sold out, it is sold out forever. 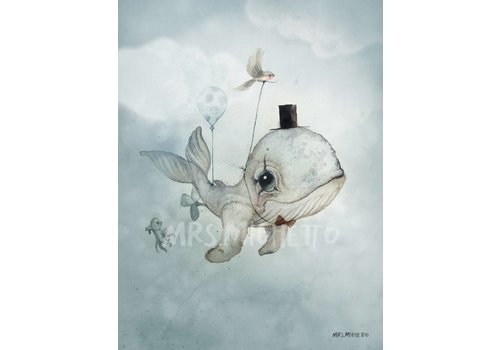